Discover the attractions of Król Sielaw

We have prepared something special! We invite you to play with our King of Sielaw! What to do and what is it about? All you need to do is download the “Król Sielaw” application from the Play store or from the appStore. There are places in the facility where you will find QR code plates that must be scanned. application and read the information contained therein. Each code brings you closer to the surprise – just show the staff all the points you’ve earned. Each of them will be selected automatically after scanning the code.

We invite you to have fun! 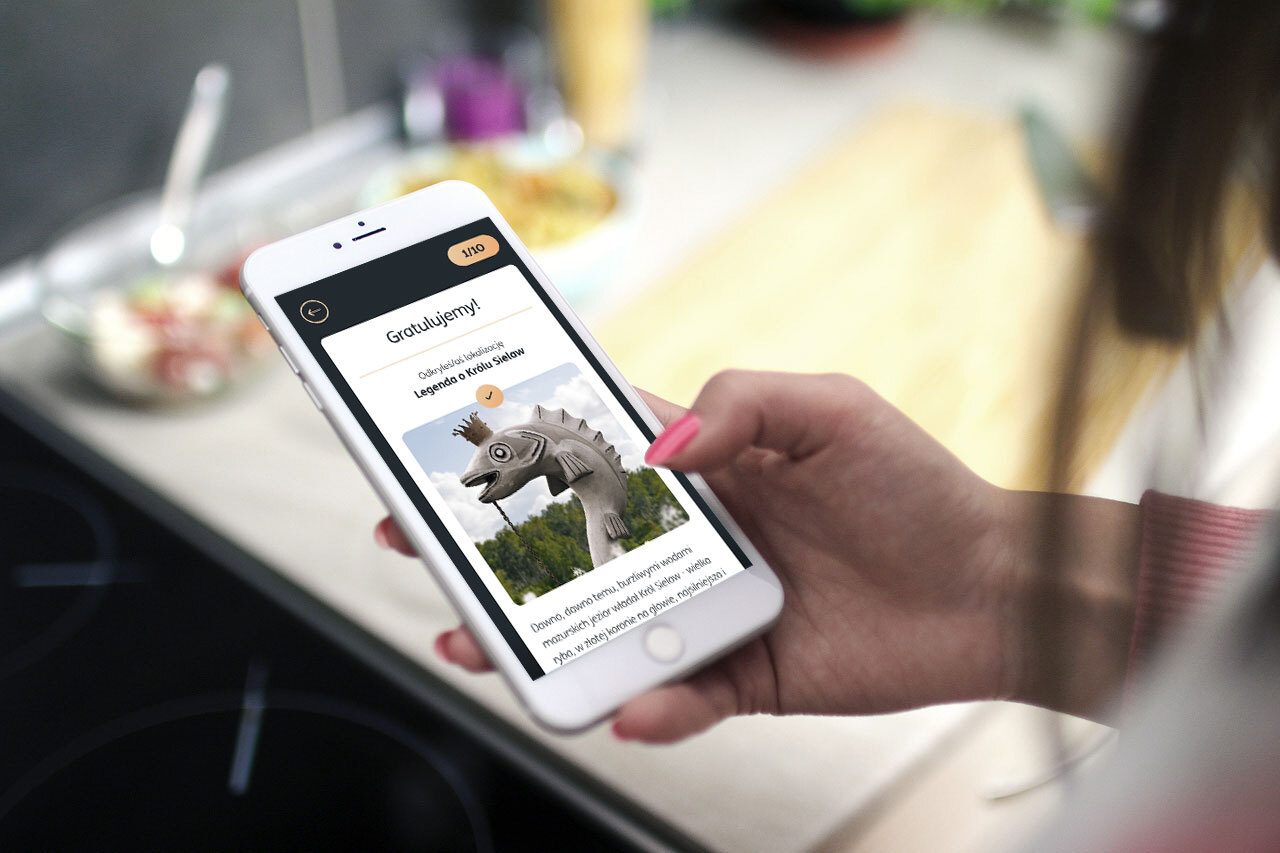 The patron of the city was, of course, St. Nicholas, who, according to legend, was the custodian of sailors and rowers. Initially, he was the patron of the chapel on the windmill hill, but his name was permanently recorded under the name of a small settlement in Masuria. And although the name of the village has changed over time and history, in various versions it retains the name of its patron (Saint Nicholas, Nicholas, Nicelsdorf, Niclausdorf, Nikolaiken). The history of Mikołajki begins in the 15th century. The first mentions of Mikołajki appear in 1444, and from 1466 in the Kingdom of Poland as a fief of the Teutonic Order. In the Middle Ages, Lake Mikołajskie and Lake Tałty were two separate reservoirs, connected only by a small stream. In 1515, the first permanent bridge across the strait was built. A fee was charged for the crossing, part of which was transferred to the Teutonic Knights. In the Middle Ages, the Teutonic Knights built a manor and an inn in Mikołajki, giving them a monopoly on fishing and exports. The main occupation of the inhabitants of that time was rafting, logging and weaving. Santa Claus is also famous for the production of cow and horse hair, from which Masurian dresses were made. In 1539, the community was inhabited almost exclusively by Poles, and most Protestant parishes in Masuria adopted Polish-speaking pastors.

From year to year, the accommodation base in Mikołajki is growing, new eateries are being created, and tourists are still delighted with the beauty of Masurian lakes.

Since 1999, the city belongs to the Mrągowo poviat in the Warmian-Masurian